Office politics is a burning topic in the modern workplace, and that’s why you need to know how to live with it or excel in it. An expert Vocational Rehabilitation Counselor CA recently talked about the FAQs regarding office politics to help people to be stress-free in this regard. Read on to know the common FAQs and their simplest answers.

What Do the Numbers Say?

According to a survey conducted by Bridge by Infrastructure Inc., 53 percent of office workers admitted that office politics could help them get ahead in their career. This clearly states that no matter how many hours you put in at work and how long you work to impress your boss, the day might soon come when another member is promoted, and you are left behind. Surely, you wouldn’t want that? Keep scrolling to know how you can avoid such a scenario.

Should I Ignore Office Politics?

Most people who have contacted the expert Vocational Rehabilitation Counselor CA have this question. In fact, in a survey, about 20 percent of people said that they ignore office politics while 61 percent said that they play it when it becomes necessary. If you are in the former category, you are making a mistake as ignoring office politics mostly doesn’t work.

For instance, if you are working on a project smartly and outperforming in a manner that makes your team look like underperformers, they might all unite against you and take credit for your work or bad mouth you. So, if you want to beat them at their game, you need to play too!

Even research shared by Center for Creative Leadership has shown that politically savvy people have better career trajectories, better career prospects and get promotions they earn. Office politics is a skill that can help you grab leadership roles and prove that you are socially intelligent.

What are the Basics of Office Politics?

There are 8 points you need to remember if you want to excel at office politics, as per an expert Vocational Rehabilitation Counselor CA. They are all listed here.

It is smart to never forget your manners and basic courtesies. Be polite to everyone and be kind to them. Yes, even those who are conspiring against you

Never try to bring down another person by using unfair or unethical practices, even if they are doing the same. Always fight fair and highlight anyone’s weaknesses in private. There’s no point in shaming them.

Don’t Let it Get to You

While office politics can be on your mind all the time. Try not to let it. Don’t think of it when you are at home or lose your sleep over it. Remember, you can’t win until you are physically and mentally healthy.

You may have to work with people who conspired against you in the past. Try to forgive and forget rather than seeking vengeance says the expert Vocational Rehabilitation Counselor CA.

Never discriminate against someone based on caste, color, religion, race, gender, or even how they treated you in the past. Remember, you are not better than anyone if you are different.

Office gossip and chatter can get on your nerves if you let it. A smarter idea would be not to allow it to get to you. Whenever you hear about useless gossip or mindless chatter, learn to eliminate it from your mind! It won’t happen easily; practice makes perfect.

Be Smart with Hiring

If you have the power to interview or hire people, hire people who can play office politics smartly rather than being scared about it. Also, try to get answers on how they would react in different situations to know them better.

Office politics is an endless game. Don’t waste your time concentrating on it only. Play it subtly but don’t let it interfere with your work or your performance. What is Office Bullying?

According to an expert Vocational Rehabilitation Counselor CA, bullying is a persistent pattern of mistreatment by anyone at the office. It can be your boss, your colleagues or even your managers. Bullying is harmful to a person and the office environment as a whole, no matter who is doing it.

The most common culprits are managers. As per a WBI study, 72 percent of bullies are Managers. Some bullies know what they are doing and work according to a planned strategy, but others just don’t know that their behavior is hurting people until they are shown proof of the same.

What are the Signs of Office Bullying?

Though there are countless ways, someone could bully you. Some of the signs listed here shared by an expert Vocational Rehabilitation Counselor CA might help you see a pattern and take steps to fix the situation. You are being bullied if:

How to Stop Office Bullying?

If you are being bullied at the office, you need to take some steps to ensure it doesn’t harm your personal life, overall health, and well-being. Here are a few steps suggested by expert Vocational Rehabilitation Counselor CA that may help.

What is Office Spying?

Office spying is an unfortunate and sometimes necessary tactic in which a person keeps an eye on another. As per an expert Vocational Rehabilitation Counselor CA, spying can be positive or negative. Positive spying is when someone is trying to stop another person from doing something bad like leaking company’s confidential data, and negative spying is when someone is trying to spy on another person to find out their secrets to blackmail them or degrade them in any manner.

How to Know You are a Victim of Office Spying?

One of the most common signs that say you are a victim of office spying is when someone specifically asks about your activities like why you were 10 minutes late on Wednesday morning or why you were talking to a friend for more than one hour during the office time. Remember, the first time you are asked these questions, it can be a coincidence, but if someone asks these kinds of questions multiple times in a few months, it is considered as the first sign of office spy.

How to Find an Office Spy?

In case you are sure you are being spied on; you should use your mind to find an office spy. Some of the questions shared by an expert Vocational Rehabilitation Counselor CA that might help you are mentioned below?

How to Determine the Truth About Office Spying?

Though many strategies can be used to find the truth about an office spy, the simplest one shared by an expert Vocational Rehabilitation Counselor CA is this. You should talk to the person you suspect and tell them you are doing something wrong like leaving two hours early that day without telling anyone. If your boss calls you to confirm that, you will know who has betrayed you.

In case you suspect more than one person of spying on you, you can simply tell different lies to different people and then let them tell one of the lies to the boss. For instance, you can tell co-worker A that you made a spelling mistake in a report while you can tell co-worker B that the statistics you put in the report were not fact-checked. If your boss calls you about the spelling mistake, A is the spy, and if you are called regarding the fact-checking oversight, B is the spy. In case your boss calls you regarding both, you are being spied on by multiple people.

How to Catch the Office Spy?

The simplest method of catching an office spy is to spy on them says the expert Vocational Rehabilitation Counselor CA. You can use recording devices to catch the person red-handed. Gather ample evidence against the accused to ensure that you don’t catch the wrong person. Then you can tell him or her what you have done and expose them in front of the office or the boss. Let your boss decide the appropriate action to be taken and don’t hold grudges. In case the office spy is powerful than you and can destroy your career, you can report him or her anonymously.

How to Get a Promotion at the Office?

One of the common side effects of office politics is that your chances of promotion or career growth get hit. If you want a promotion at the office but not getting it for some reason, you can try the following tactics to get success. Remember these tactics are better than your anger or resignation or worse making a scene at the office.

The first reaction people have when they can’t get the promotion, they wanted is to feel angry or frustrated says the expert Vocational Rehabilitation Counselor CA. It’s normal, and you shouldn’t be ashamed of it. But you should never let it get out of control. You should first calm yourself down, take a few deep breaths, gather your thoughts, and then move to the next step.

The first thing you must do after calming down is to reflect on the reasons you didn’t get the promotion. The reasons might vary form you not completing a project on a deadline or you not having the skills needed to get a promotion. If it’s your fault, admit it and work on improving things like enrolling into a vocational or skill training program.

Reaffirm the facts and talk with your colleagues (trustworthy ones) or your office bestie about why you didn’t get the promotion. They will layout the facts correctly. If you and all of them agree that you deserved the promotion, you can move to the next step.

Talk to Your Boss

Set a meeting with your boss and seek feedback on why you weren’t promoted calmly says the expert Vocational Rehabilitation Counselor CA. Be ready for criticism and often, harsh words. Make notes and create a strategy on how to improve yourself. In case your boss admits that you deserved the promotion and it was halted for reasons like budget issues, you can ask them for a timeframe by which you can expect the promotion. If you aren’t promoted when the time comes, think about switching jobs.

Think of the Future

By now, you would have a clear idea of why you didn’t get a promotion. If so, make a list of improvements or changes you need to bring in yourself and start following them one at a time. Don’t overdo it as you might end up ruining your career, or worse, your health.

Office politics, office bullying, office spying, and promotion problems are common issues at most workplaces. You should never be scared of them. Instead, you should learn to improvise your situation by using the tips shared by an expert Vocational Rehabilitation Counselor CA. It will help you to be in control and get what you deserve. 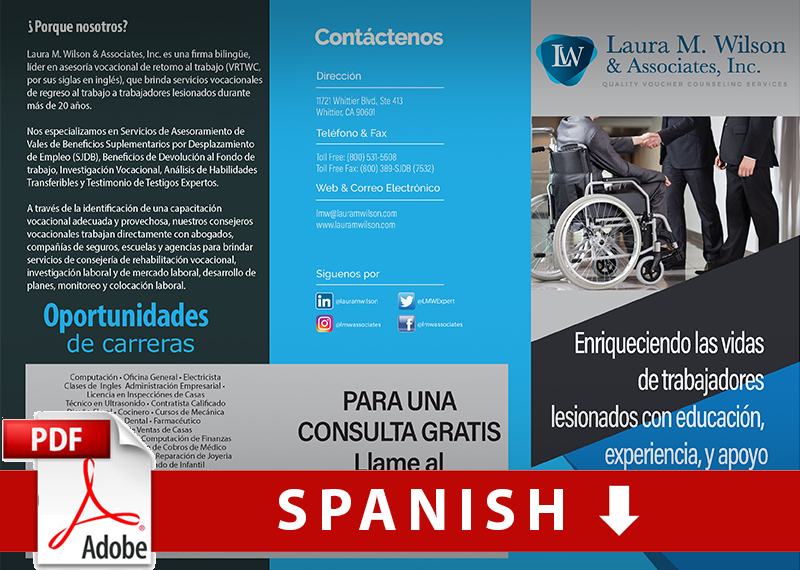 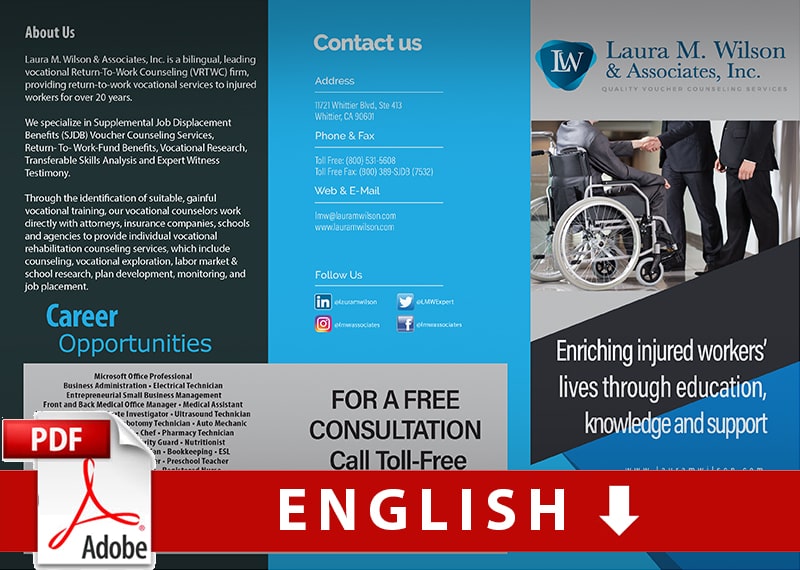